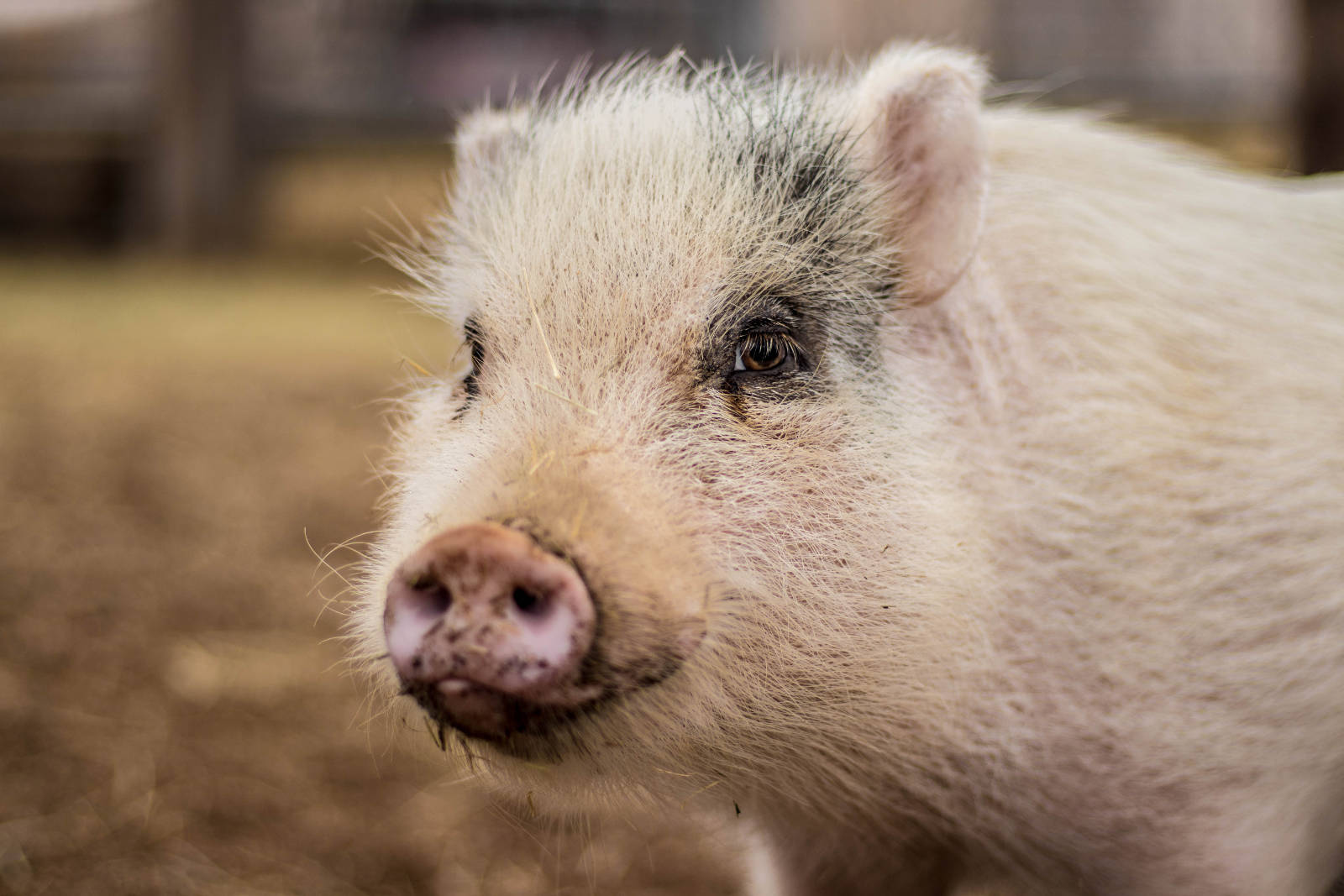 Willie was rescued on January 7, 2018 , as rescue No. 18. We received an urgent call to pick up an injured piglet that was injured. This was a difficult task, and extremely challenging. He was deep in about an acre of brush. After hours of patience, some cuts and bruises, we got him. He had severe , life threatening injuries. It appeared that he had been severely attacked by a dog or coyote. Willie had extensive tissue damage, that had become necrotic. We did round the clock treatments: wound flushing, antibiotics, and close monitoring.

Willie was originally supposed to be a pick up and transport to another rescue . His wounds were so extensive that we kept him to get him stabilized. The other pot-belly pigs at Farm Animal Refuge used to lay outside his quarantine area and talk to him. We started to develop so much love for this little fighter that we knew…. He would have his forever home here.

Willie is a very friendly pig. Despite his very traumatic beginning, Willie is a very happy pig. He runs to greet everyone wagging his little tail. He is still very small, but growing quickly. He is white like Rudy and Jerome but about half the size. He loves belly rubs, food, and bathing in his pool. Even though he is the smallest pig, he is next in line as boss, right behind Jerome.