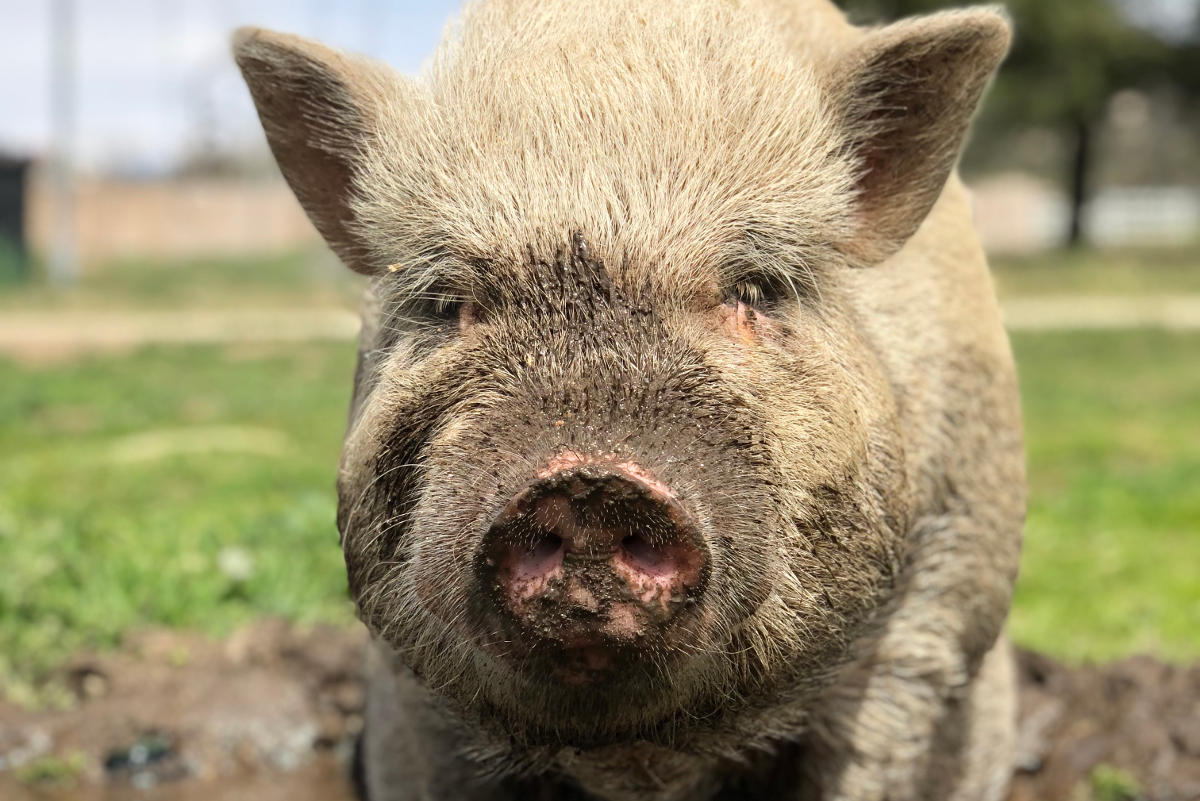 Meet Rudy – The fourth rescue and first pot-belly pig. Rudy was rescued on September 3, 2016. He found his way to Farm Animal Refuge after landing in a high-kill shelter as a stray. He was found roaming the streets of Pomona, CA – an area that is not zoned for pot-belly pigs. We traveled to Pomona to pick up Rudy – a pig we were told was a 1.5 year old female, but turned out to be a 3-month old male who was not yet neutered.

Rudy’s first nights here consisted of sleeping in the house on the floor with his rescuers. Rudy adores his dog brothers and mimicked much of their behavior, which explains why he knows how to sit for treats! While Rudy pals around with the other pot-belly pigs, he was most connected to Chance. They shared lettuce , and many naps together.

While Rudy may think he’s a dog, he is very much a pot-belly pig, he is a very big boy, and still growing. Rudy would like to remind all his fans that pigs require special care and most cities have specific zoning restrictions against them.