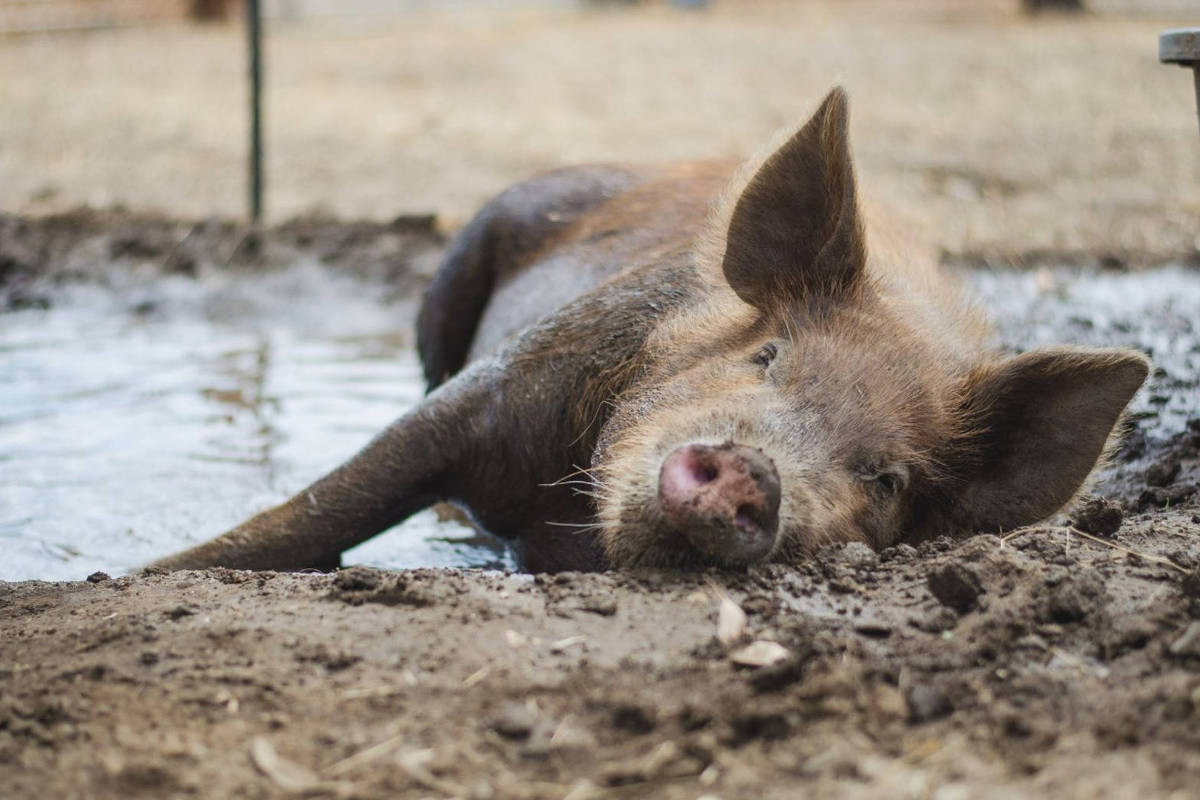 Firecracker lives up to his name! This spitfire was rescued by Farm Animal Refuge on November 27, 2016. He was being raised at a “sustainability camp” as food , but the girls that were tasked with his care were vegans! The teens petitioned for their camp to spare the pigs, and the camp agreed to release Firecracker to a rescue. Being a farm hog, Firecracker was tougher to place than a pot-belly, but thankfully we are zoned for hogs.

Firecracker spends his day with “The Girls”- Diamond and Harmony- but cherishes his friendship with Grace, the dairy calf. He brought her so much comfort upon her arrival and really helped our shy girl come out of her shell.

As far as personalities come, Firecracker has a big one! His favorite snack is pumpkin. He loves knocking over the poop cart, playing in the mud, and taking baths. One of his favorite possessions is a blanket; he thinks they are great for sleeping, ripping up, and playing tug-o-war! He is a social butterfly here at Farm Animal Refuge and is loved by all of his animal friends.