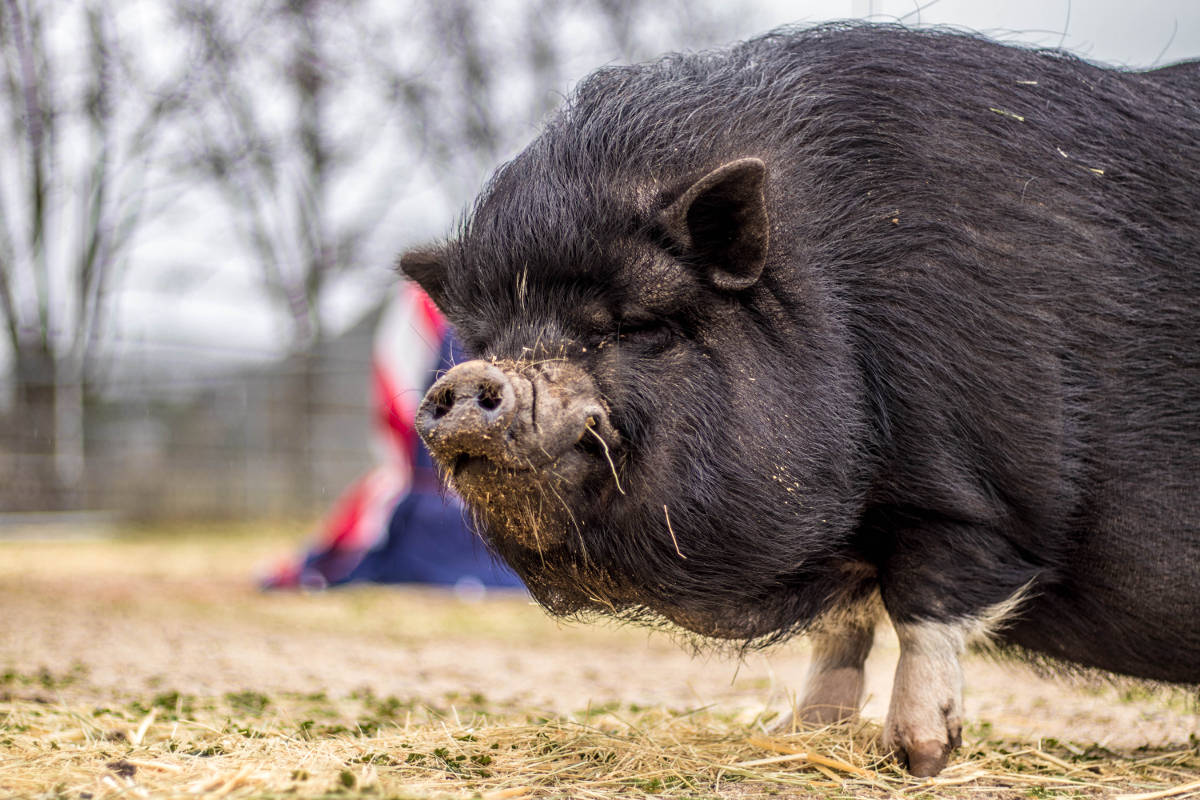 Thor is a very special pot-belly pig at Farm Animal Refuge, the fifth addition, who was rescued on September 22, 2016. Thor was thought to be a “mini-pig” , but actually grew to be a full-size pot belly. Thor is a walking, snorting myth buster, proving once again that “mini-pig” is a mythical label attributed to pigs who are actually deprived of nutrients to stunt their growth. Thor’s family relinquished him to Farm Animal Refuge due to his size.

Thor is a very sensitive pig, earning him much admiration from the volunteers and visitors at Farm Animal Refuge who can see through his tough exterior. Thor is very opinionated and definitely has a mind of his own. While Thor also knows how to sit for treats, he does so only on his own terms. He is the gentlest while taking treats and is always making it very clear that he wants a belly rub.