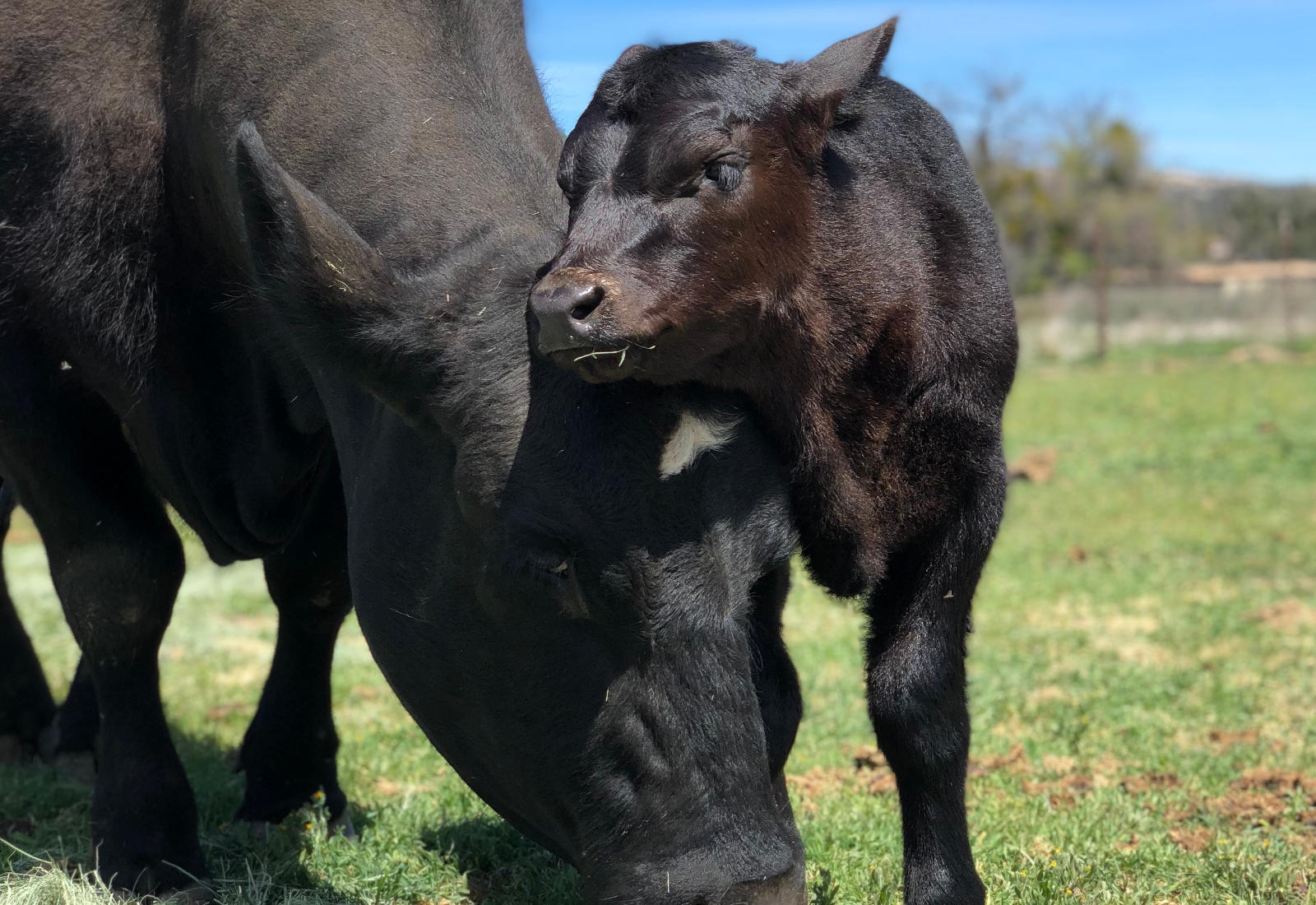 Rescue No . 15 – Check out India’s bio! We were informed about a darling calf India not too long after we started the rescue. He was a black angus steer in the FFA program and was saved from slaughter. The first time we met the student tasked with his care, she told us he was named India after his mother. We built a barn for India and waited months to get him home. He stole our hearts from day one.

Flash forward one year… We were talking about India and how sad it was that he didn’t have his mom. We were unable to get any cooperation from students in the program to find her. All we knew was that her name was also India. With some (lots) of Facebook stalking and cold calling… WE FOUND HER!

Upon contact with the ranch, we learned that she was kept with a bull for several months prior to our call. While we were trying to figure out if she was pregnant, we asked when she had her last calf. She had given birth five months prior to our call. She had actually given birth to twins! The twins had already been separated from Mama and were set to be sold to FFA students the following weekend. Luckily, the rancher was very sympathetic to our cause. (Or maybe was just annoyed with all the many photos we sent of our India in a flower crown) . Either way, we were able to take ALL THREE THAT WEEKEND! Mama’s liberation date, and rescue date was September 30, 2017. Taking in three cows (actually four, Mama was pregnant) was a huge task for us , but India deserves the whole world. The least we could do was give him his family. Upon arrival , Mama and India instantly recognized each other after being separated for over a year. The family bond was apparent and very strong. We all watched teary-eyed as they ran to each other at the gate.

We now have Mama India, India(steer) , Mila , and Alfie. On March 29, 2018 , we welcomed our 5th India… Baby Rose.
Mama India is eight years old. She has been pregnant seven times. She has miscarried once and had eight babies. At the time we took her home seven babies had been taken from her. We were able to give her three back, and her last (Baby Rose) will never leave her . She was born free. Mama India is big, beautiful and strong. She loves brushes and she LOVES her babies. She is a great mom to Baby Rose, Mila, Alfie, India and daughter-in-law, Gracie.