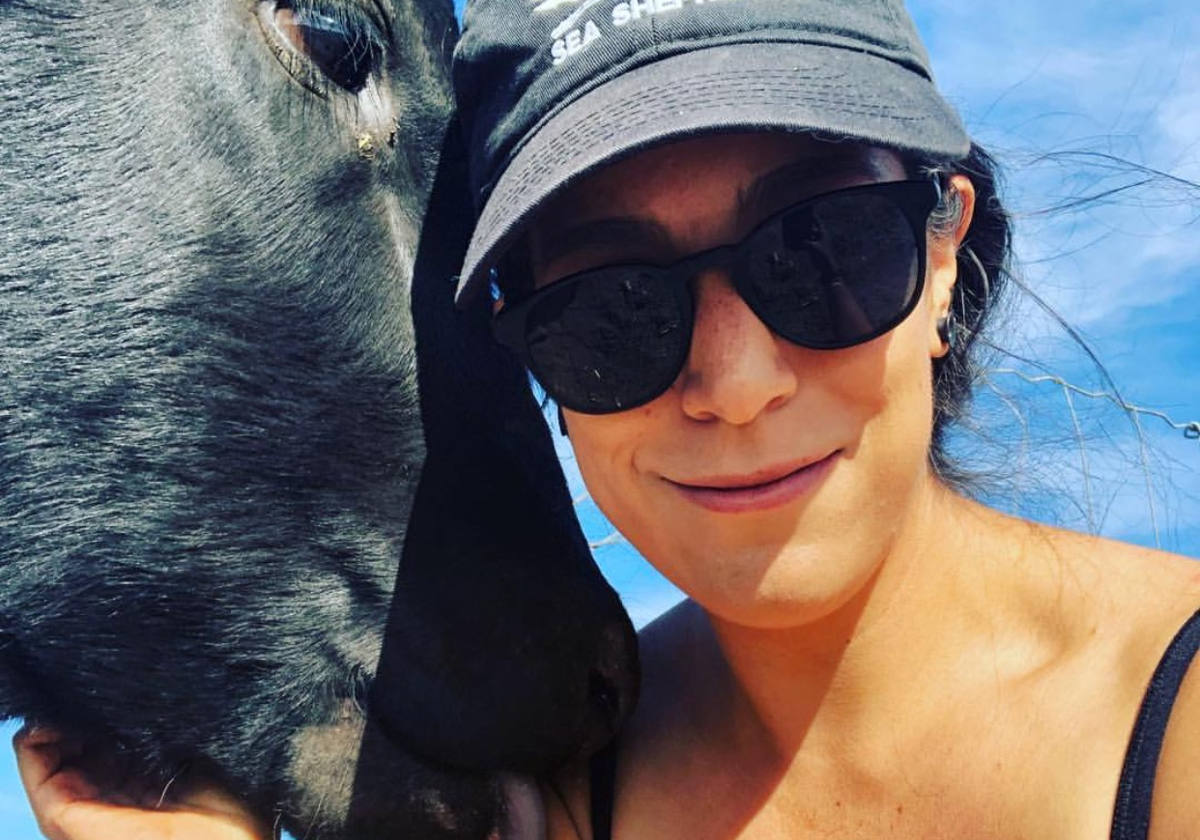 Like most Americans, I was raised on the Standard American Diet consisting of meat, dairy, refined grains and lots of sugar. My family enjoyed whatever was cheap and convenient. This meant a lot of fast food. One day when I was in middle school I decided to stop eating meat. I’m not even sure how I got the idea. My childhood best friend was up for the challenge with me though. I went home and told my parents I wasn’t eating meat anymore. My friend wasn’t able to stick with vegetarianism, but for some reason I did. Eventually, I went off to college where I remained a vegetarian. About a year later I stumbled upon a PDF version of a book entitled Skinny Bitch. This book awakened me to the dairy industry. I learned that it didn’t make sense health wise to consume dairy since breast milk by design allows for the biggest growth spurt of a mother’s young. This is the case not only for us humans but for dairy cows as well. So when we as adult humans continue to consume the milk from cows, we don’t get taller just a lot fatter.

From this book I also learned about what happens in factory farms and slaughterhouses and decided that it didn’t make much sense morally to consume dairy or eggs anymore either. I learned that farmed animals aren’t outside roaming in big grass field but instead are kept in extremely small spaces inside warehouses where they often cannot even turn their bodies around. Chickens are mutilated in order to stop themselves from hurting one another. Meanwhile the confinement they are in mutilates their bodies. I learned that all the chickens and cows that were producing the dairy and eggs I was consuming were eventually slaughtered. The book also helped me to realize that there is no way to humanely slaughter a sentient being that doesn’t want to die. After finishing the book I knew I could never consume another animal product again, and just like that, I went vegan.

Next, I watched a film called Forks Over Knives which promotes not only a vegan diet but also a diet that focuses on whole plant based foods like fruits, vegetables, nuts, seeds, grains, and legumes. I learned that my food choices could go beyond protecting animals’ lives by also protecting my own life. I could prevent heart disease, type 2 diabetes, obesity and many forms of cancer; conditions I once thought would be normal to suffer from. Later on I watched another film called Cowspiracy. This film helped me realize just how impactful a vegan diet is on the health of our planet. It was at this point that I finally felt I had made the full connection – I was choosing to be vegan not only for my own health but the health of our planet and all that inhabit it.

Now, I have been vegan for 6 years and an animal rights activist for the past 9 months. Being an animal rights activist to me means that I use both my words and actions to work towards non-human animal liberation. I do this in a variety of ways with a variety of organizations as often as I can. This can vary from a Cube of Truth with Anonymous for the Voiceless, pay per view with Compassion Over Killing, disruptions with Direct Action Everywhere, bearing witness with The Save Movement or less organized actions such as commenting on a social media post or speaking to a stranger in the grocery store. I have found that much like veganism, activism is for everyone. I think at some point we have all seen or heard about violence happening in this world and hoped that someone would do something to stop it. If the violence to farmed animals is something you didn’t know about before, you know about it now. I believe that once we learn about the suffering of the non-human animals we share our home with it is not only our duty to stop contributing to their suffering but to aid in the pursuit of their freedom. Veganism is merely the first step. The next is to get active.