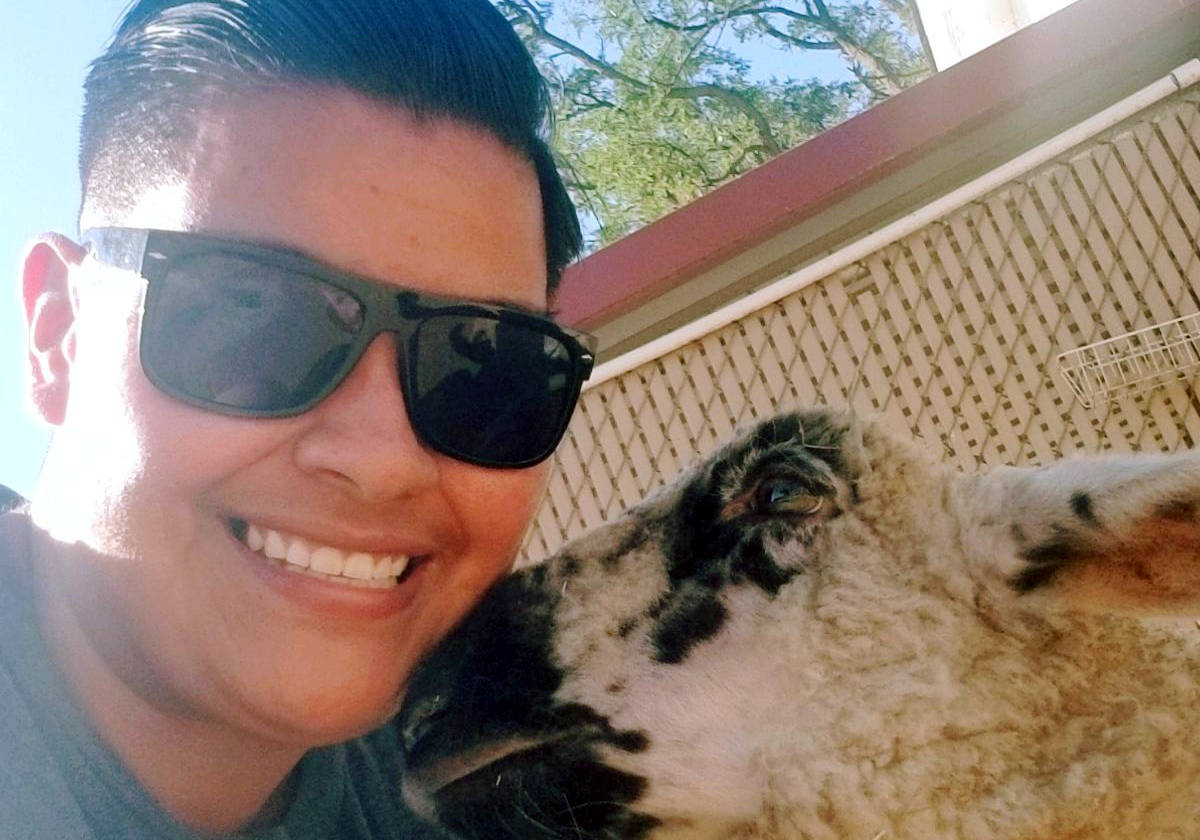 I was pretty much a vegetarian until I found processed meats as a kid, the texture in my mind was always weird, seeing all the slabs of meat that my Tata would bring home from work always grossed me out, and having had one too many tacos in Mexicali was the nail in the coffin for me to not want meat.

I still don’t know how I got this deep. One day I’m sitting with Matt on the porch trying to understand how if eventually Firecracker will be too big to live a happy life, it’s not ok for me (a cook/chef that has chosen to not know anything about “commodity meat”) to show my appreciation for the life he lived and make food with him. After a few hours of trying to get me to understand that Firecracker would be tough so it would be pointless, we agreed to disagree, Matt I’m sure knowing eventually I will see what he was trying to explain to me.

How I got in the hole I did. Between stressful jobs, alcohol, and very poor knowledge of a well balanced diet, it was a hole that was already dug for me as a kid I just kept finding ways to make it a deeper hole. At some point I had become so overwhelmed there was no hopes of getting out. I started to watch “What the Health” and the opening scared the shit out of me. I was clearly in his shoes, my risk of cancer and diabetes is so high I refused to watch past his family history. Finally, I had spent a night up until 5 a.m. with such bad anxiety my brothers friend, a nurse in the navy, had to come check me because I was sure I was having a heart attack and my brother was sure I wasn’t. Tired and not really knowing what was going on with me I tried to call in sick. Instead I ended up at work putting in about 34+ hours in 3 days before having one day off. With no hope to recover I caved. I went in and offered a two month notice September being my last work month. I immediately started a diet at a surprising 267 pounds, alcohol was the first thing I dropped. After being sober for two months I dropped 15 lbs. I still had anxiety and wasn’t sure what was really causing it. January had come and I was down to 247 to start the new year, and I started it sick with food poisoning. I had eaten chicken that had made me so sick it grossed me out of eating meat again. So I started 2018 sure that vegetarian was the way to go. It was the best thing I had done for myself, I felt not as foggy and very clear of my goals and what I wanted.

In May we took a trip to Switzerland, my first time overseas and since I had gotten anxiety, my first time having to sit in a tight spot for 9 hours. At the Colorado airport mentally preparing myself for the nightmare I was about to endure we stepped into a bookstore. Not having read a book in years, I was just there to keep my girlfriend company and read titles to see what was out there. One title stood out to me and the cover was so catchy, it was a silhouette of an upside down cow, it was called “Meat is for Pussies” I was sold. I got the book and read the shit out of it I completely forgot I was sitting for 9 hours. Constantly stopping and telling Natalie this is seriously what I’ve been thinking. We landed, I was halfway done with the book and ready to change my eating habits when I got home. As I talked to my buddy about the book he started talking to me about the food in Switzerland, everything was expensive but none of it had GMOs, everything was a lot better. Half of the processed shit available to us is not available there. With the understanding that most of my meals were going to be vegetarian, I am a cook and I want to try everything (how can you not have pizza on your mind knowing you were going to be in Italy?) We wandered down to the market and I was in heaven. The vegetarian/vegan isle was so well stocked I knew I was going to eat good. The two weeks were coming to an end and I was not ready to leave but I was ready to finish the book and start the vegan lifestyle.

And we’re back so I went vegan and was trying to stick to whole plant based foods. Back I went to the farm to try and help more often. With time watching all the animals react to Matt and Jordan, and my new belief the book had brought to me. It was right I could never look and animal in its eyes and kill it, I would never be able to “break an animal down” and looking at Firecracker if he and I were in a cage fighting to death so I can eat him, he’s going to win. With all that in mind why would I even consider eating meat. Then I sub merged I watched documentary after documentary. Listening to anything Matt and Jordan recommended and making a point to watch it. I felt good I was empowered and I was dropping weight, I was down another 47 pounds from May to October.

I still have some way to go but I’ve been exploring my new found veganism. Currently proving that although I’m not eating meat I can make anything people look for without meat. Constantly challenging my friends and family. Tricking them into eating food that I have made. I was in their shoes, I was blinded by meat, and had people constantly pushing me to see that my diet was wrong and the facts behind what I ate. That’s why I feel obligated to help them see it’s not for me, it’s not for the animals, it’s for themselves and their kids that they have to change. Diseases really aren’t as hereditary as diets.

Dina had spent her entire adult life working around food. From prisons to colleges to restaurants she had dedicated her life to providing food and comfort for other people. First switching to plant based for health reasons she quickly learned the horrors of animals agriculture and has never looked back. She now spends her time making cruelty free versions of your favorite foods.